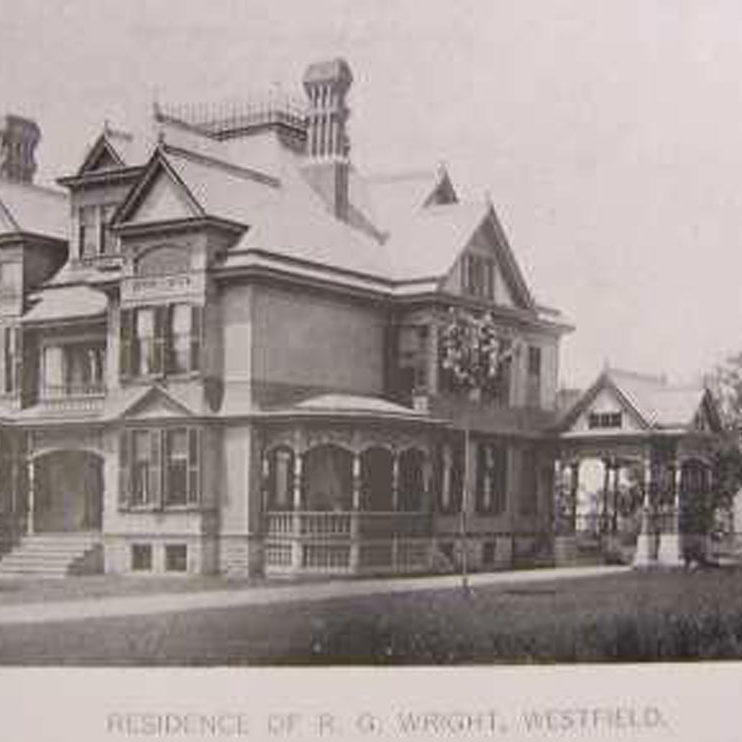 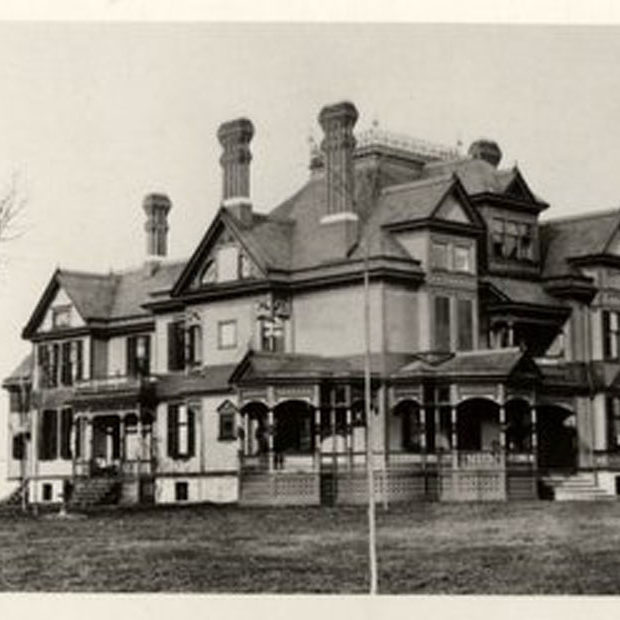 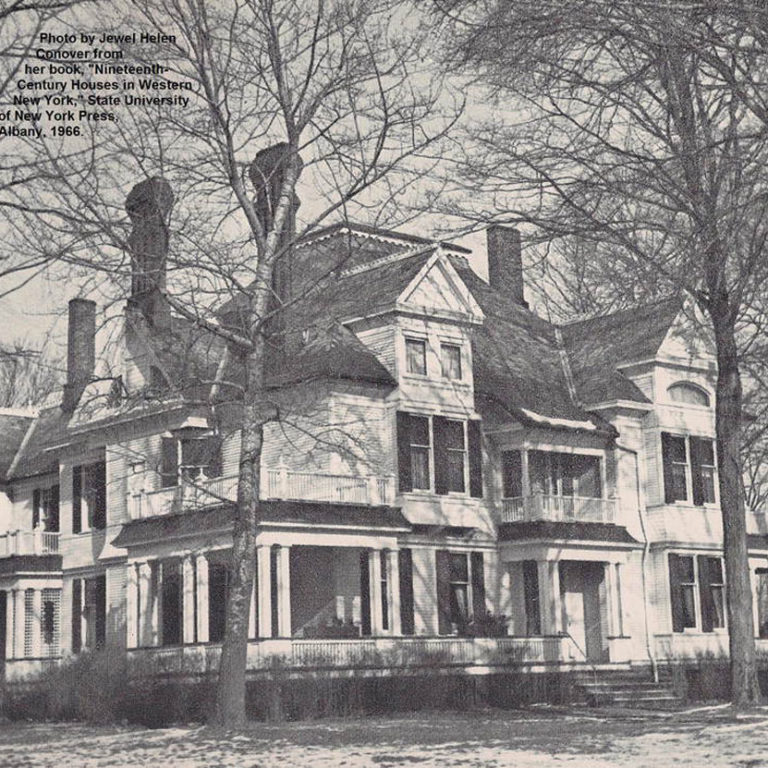 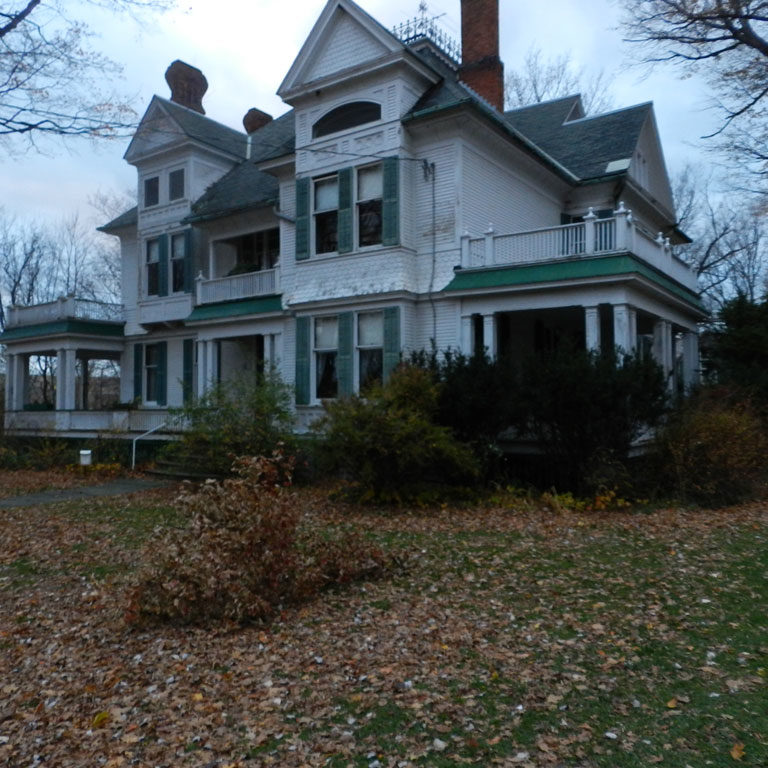 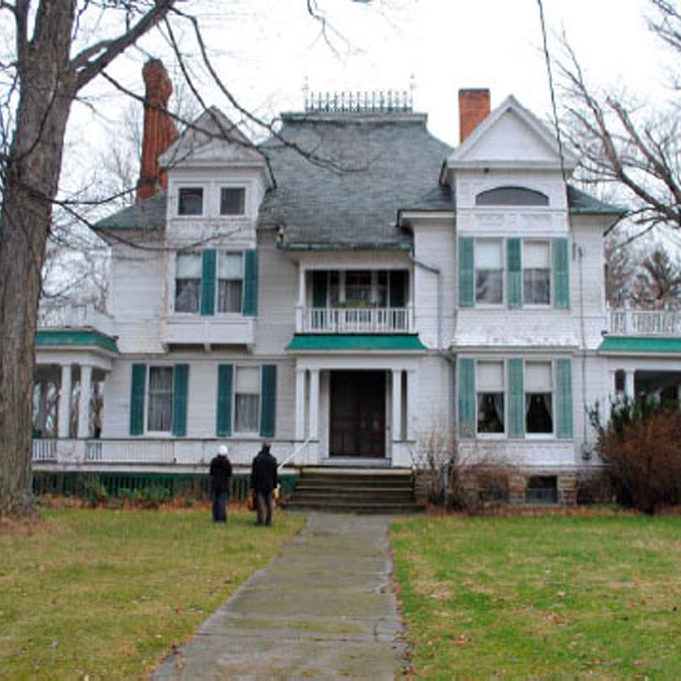 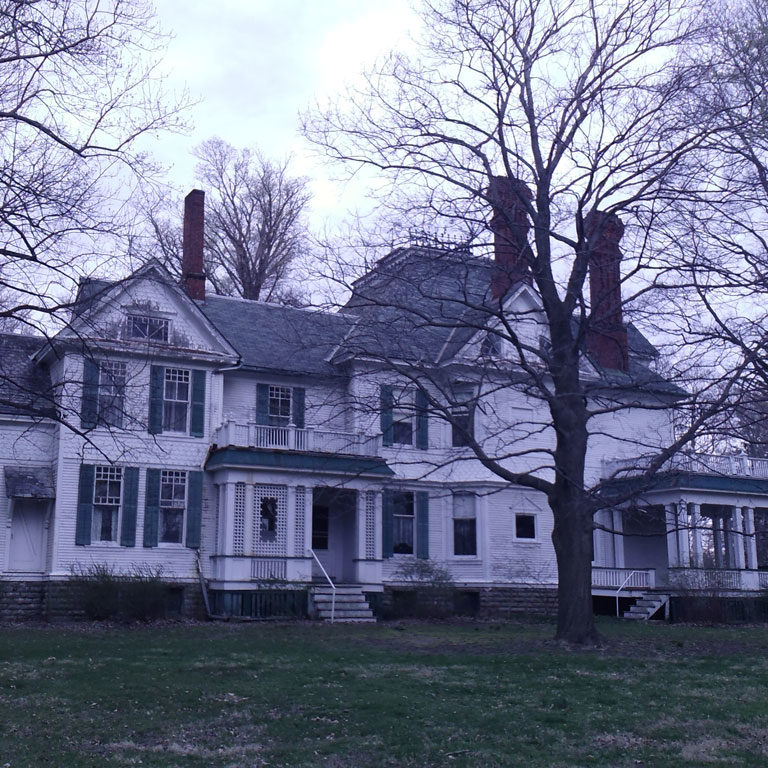 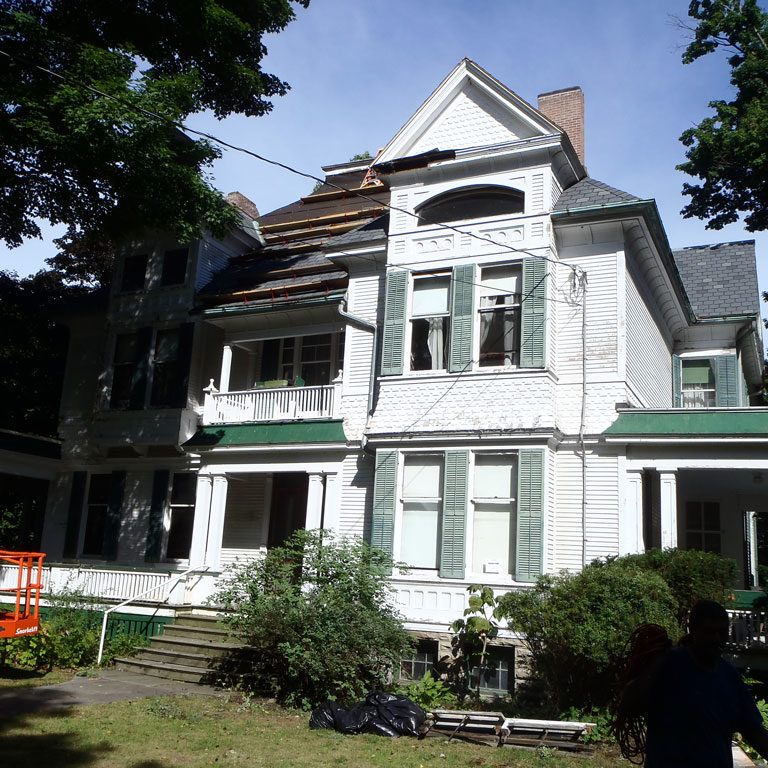 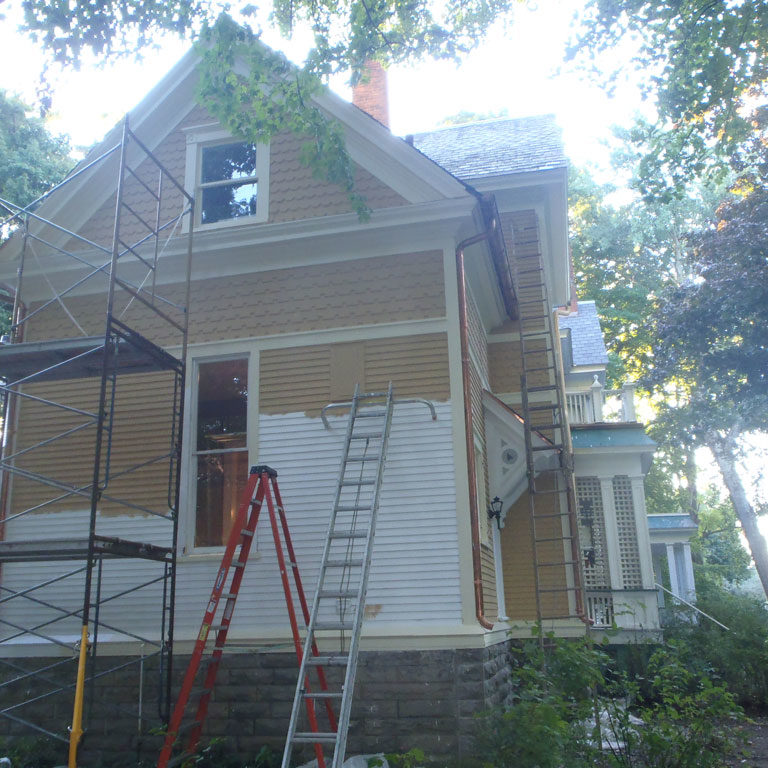 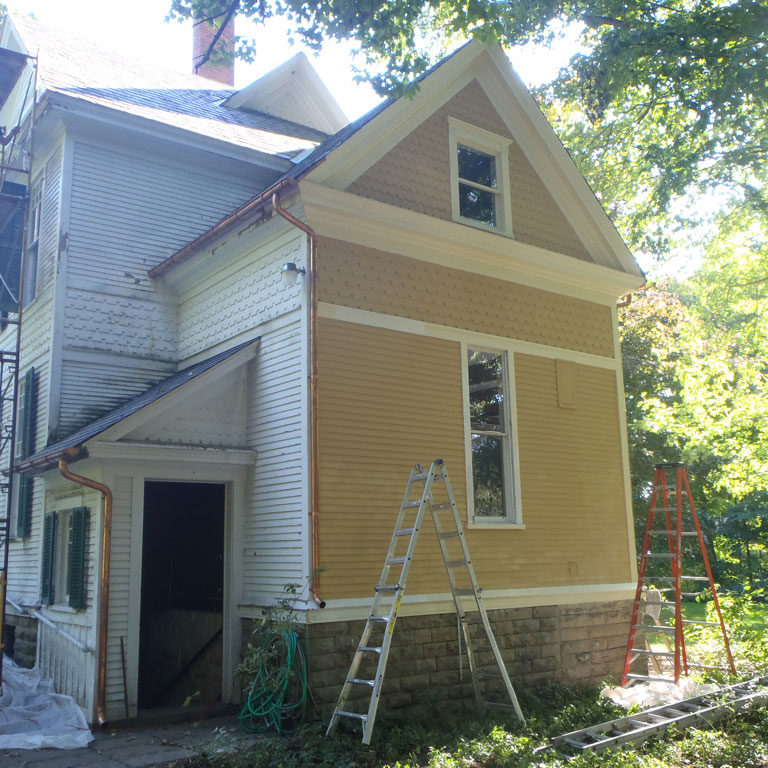 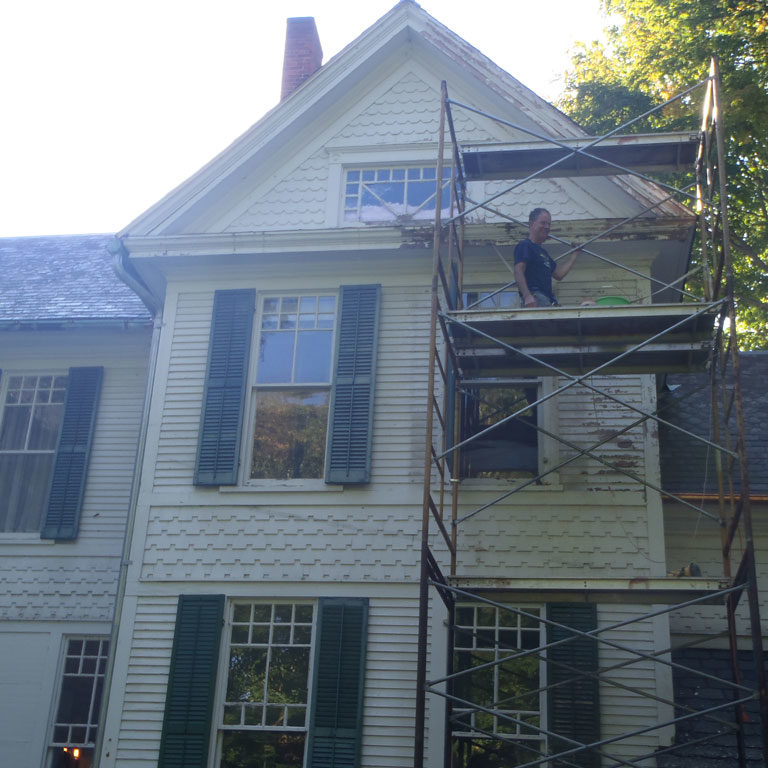 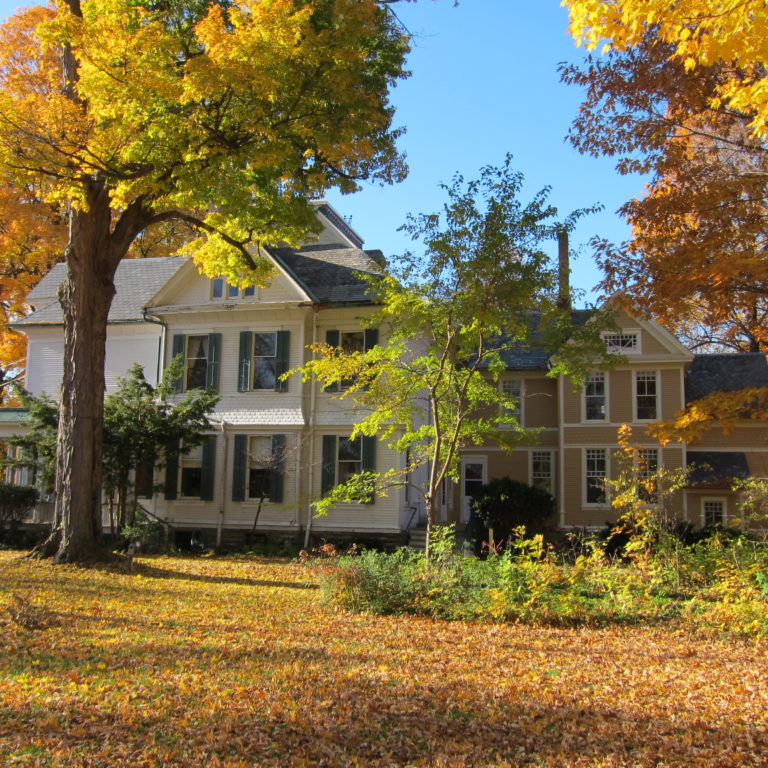 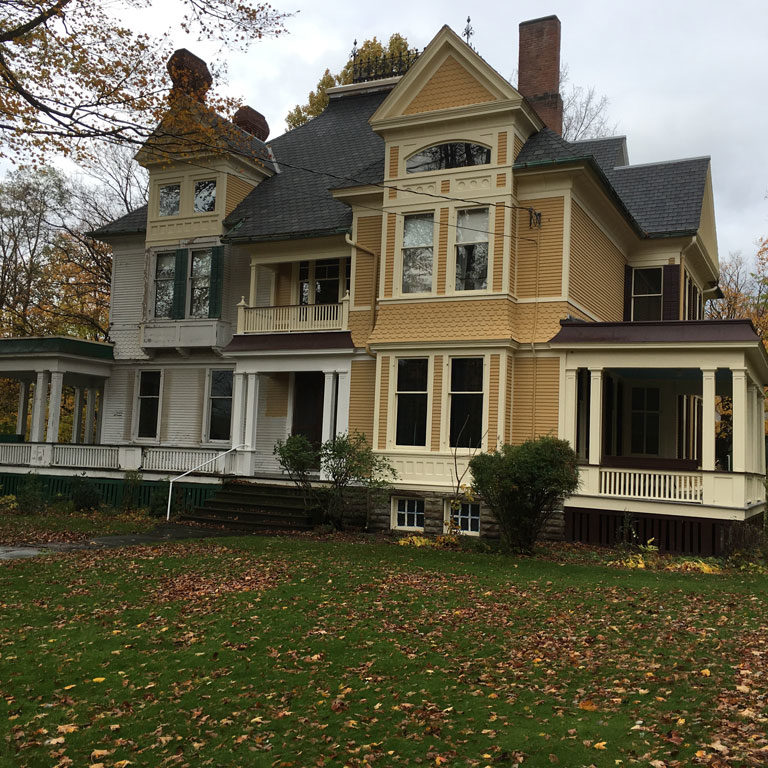 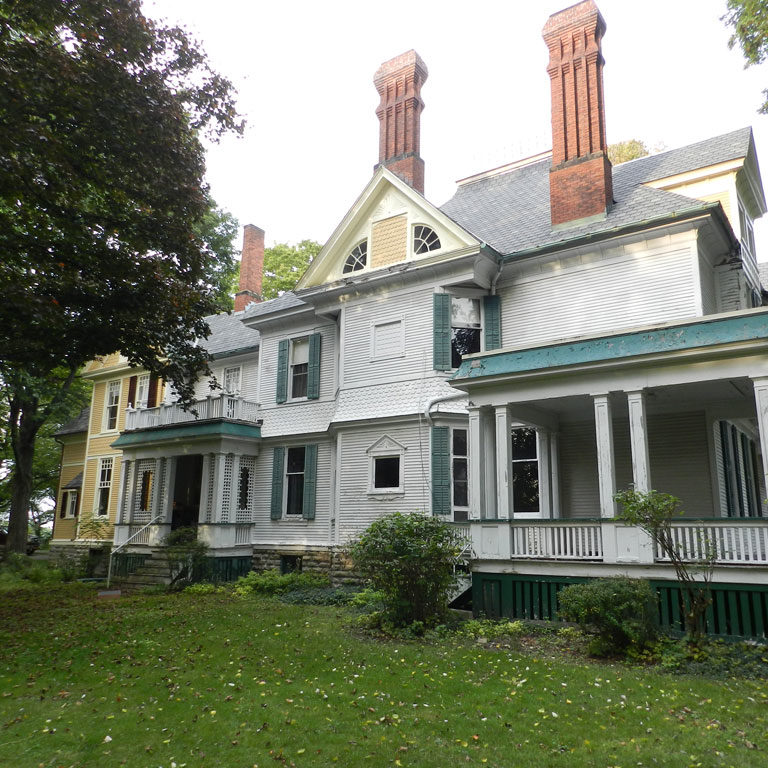 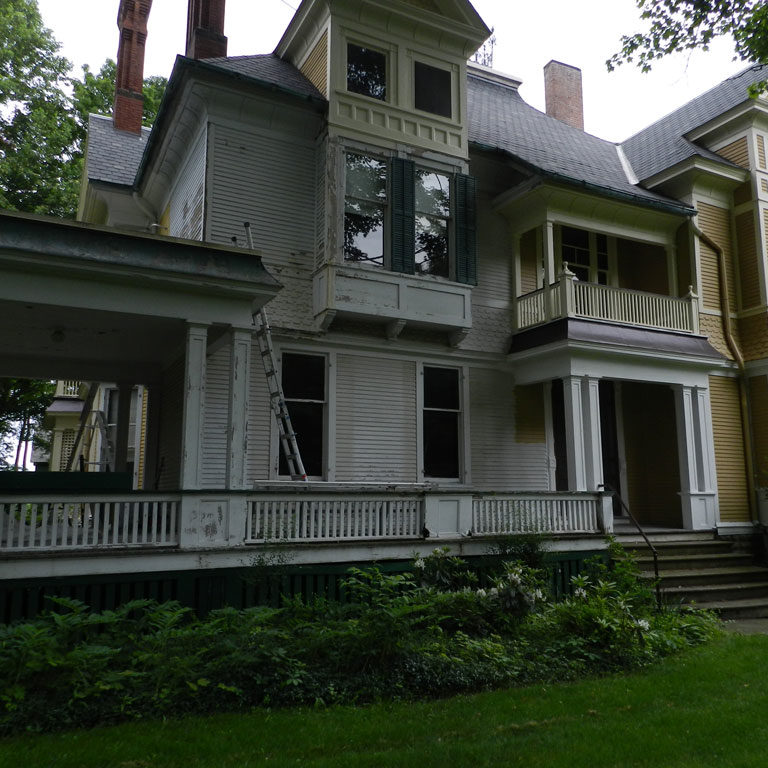 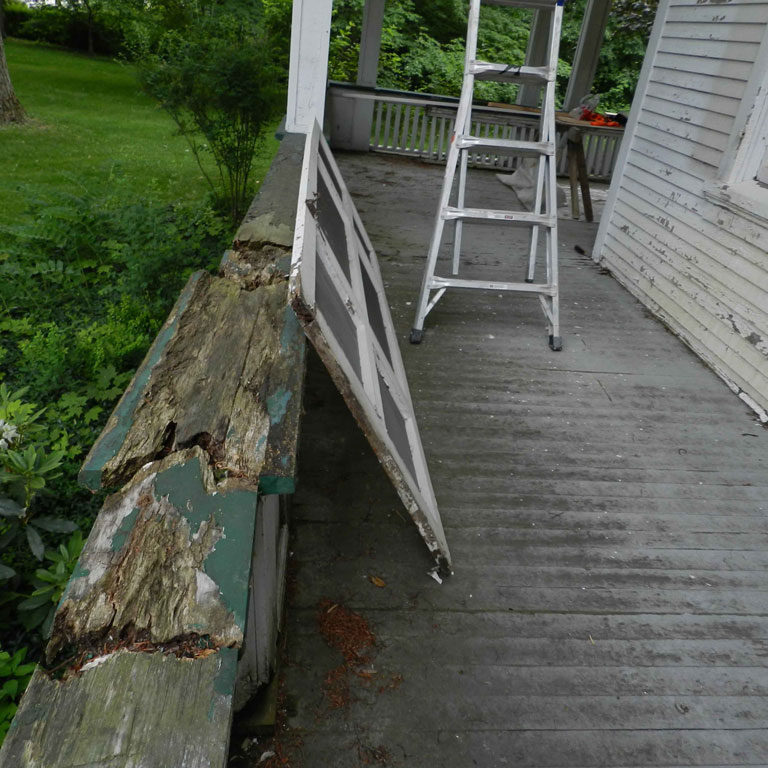 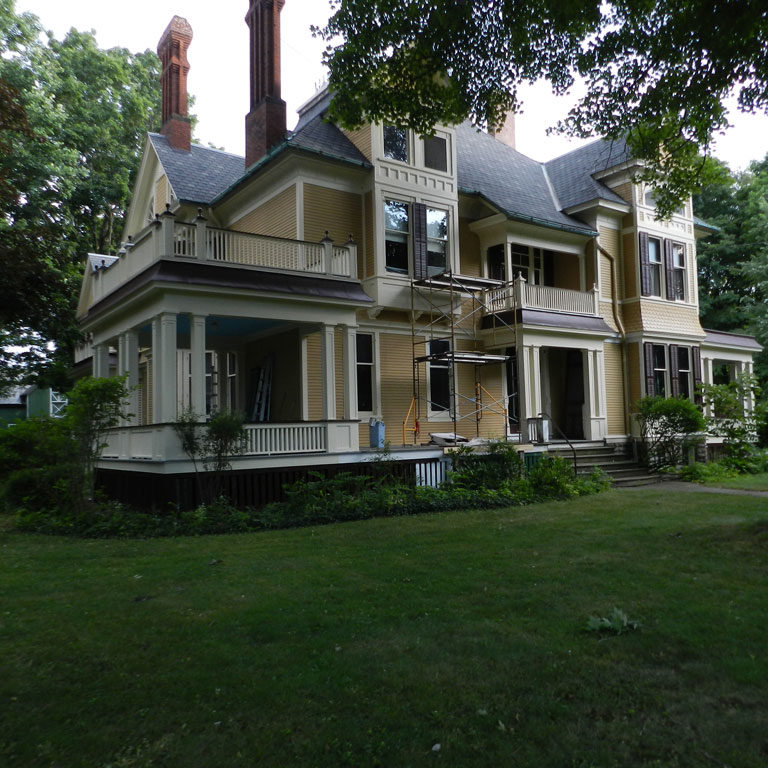 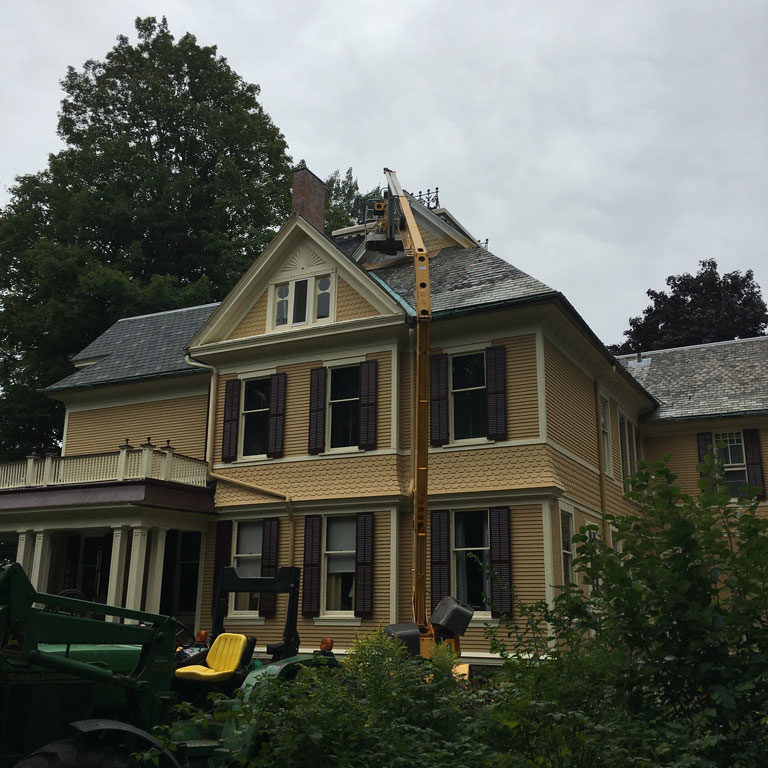 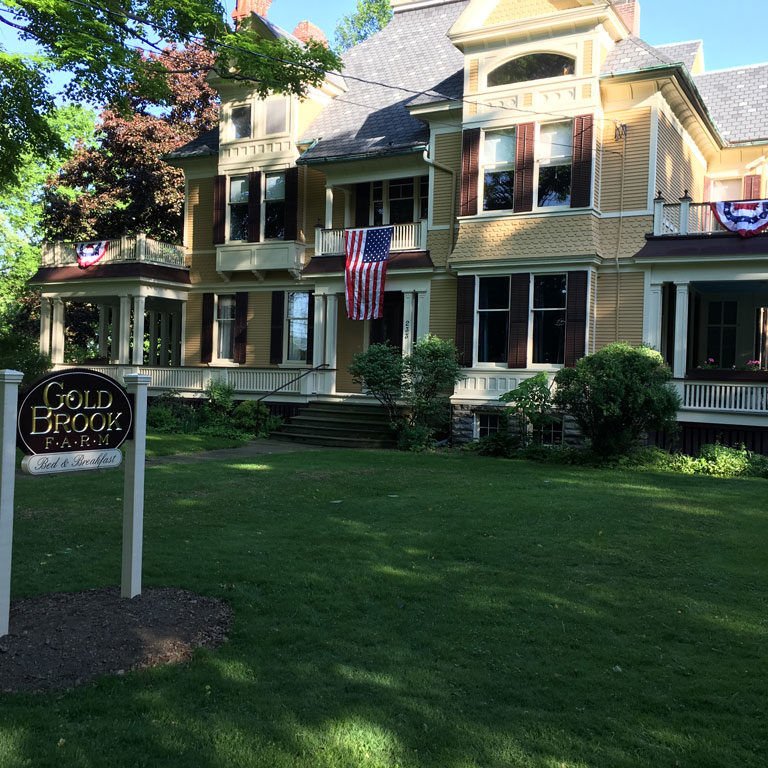 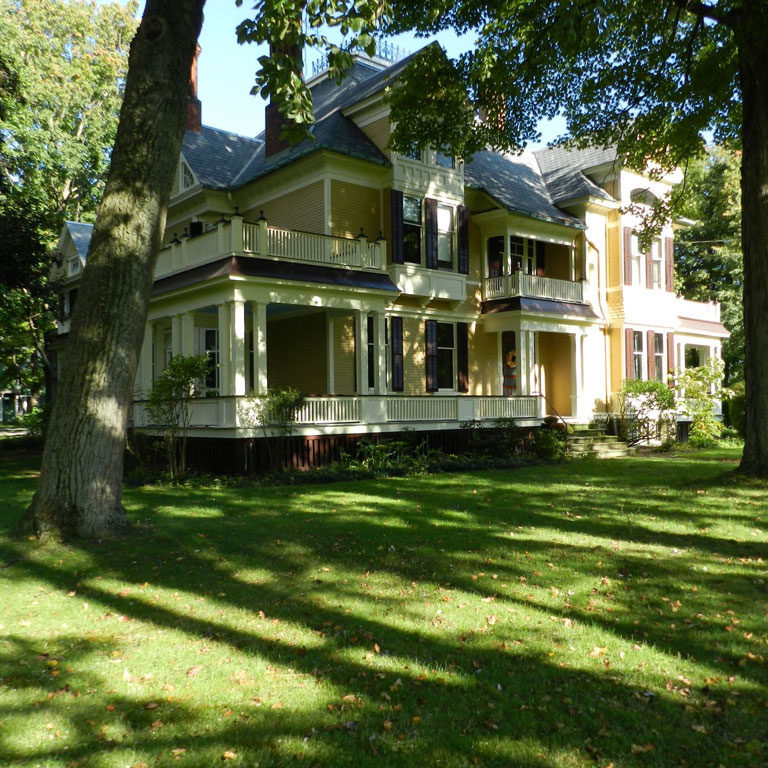 The Ruben Gridley Wright house was in urgent need of a face lift when we arrived on the seen in July 2016. But the same could be said of many other parts of the tired old mansion. Our priority that first summer was to restore and renovate rooms that would allow our family to live comfortably and safely. By September 2016, we had renovated areas for our family and (briefly) turned our attention to repair of exterior finishes and repainting.   The approach of winter would interrupt exterior work and channel our energies to interior projects.  Over the course of the ensuing two years, we emerged from hibernation in the spring and took up the exterior repairs and painting where we had left off the previous fall. This routine played out over 3 years until we finally put the finishing touches on the highest peak.

This album captures the house as it was originally designed and built in 1884, then incorporates images of the house in the late 1960’s when its distinctive architecture earned a listing on the National Register of Historic Places. From 1966 we jump forward to the fall of 2015 when time and benign neglect were taking a heavy toll. By the fall of 2016, we had knew what had to be done and only faced one question – where to start!? Three years and 100 + gallons of paint later, we put down the paint brushes, stepped back, and took a picture.